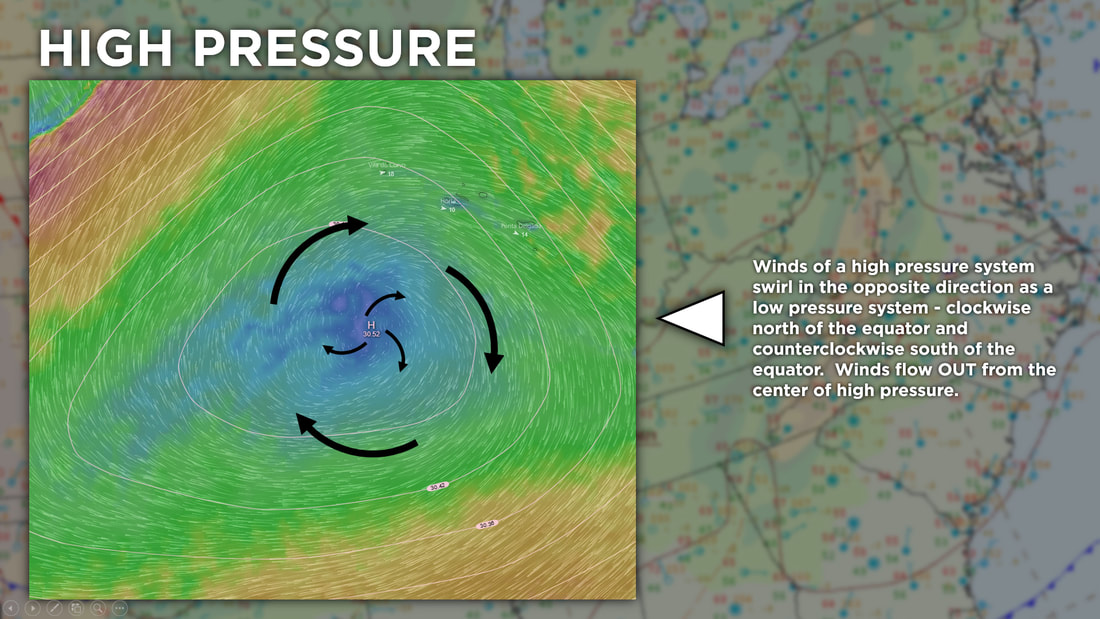 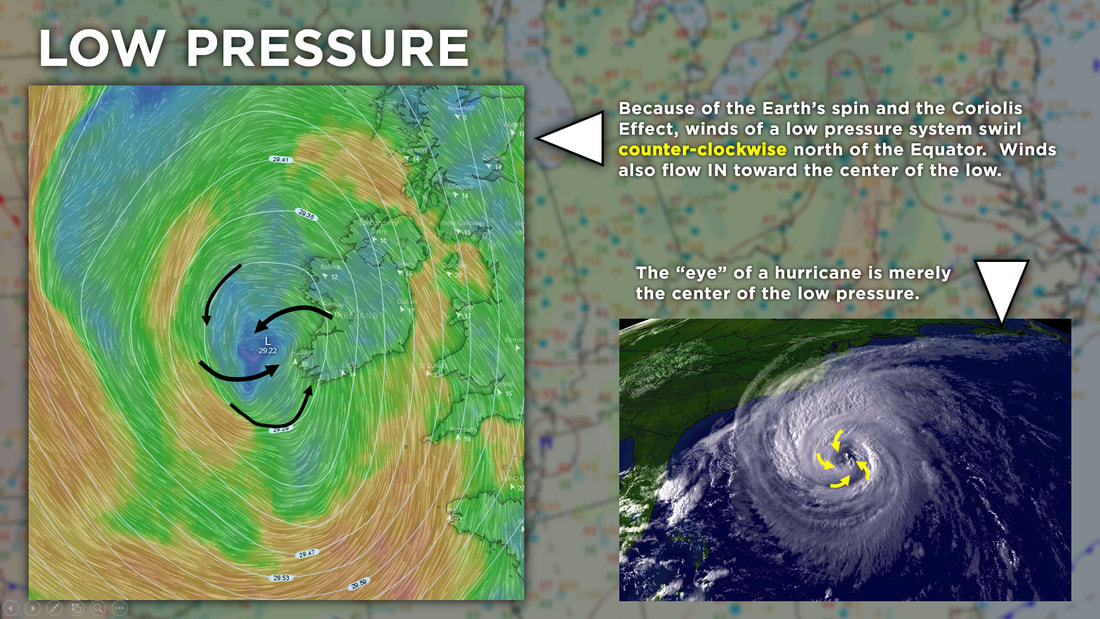 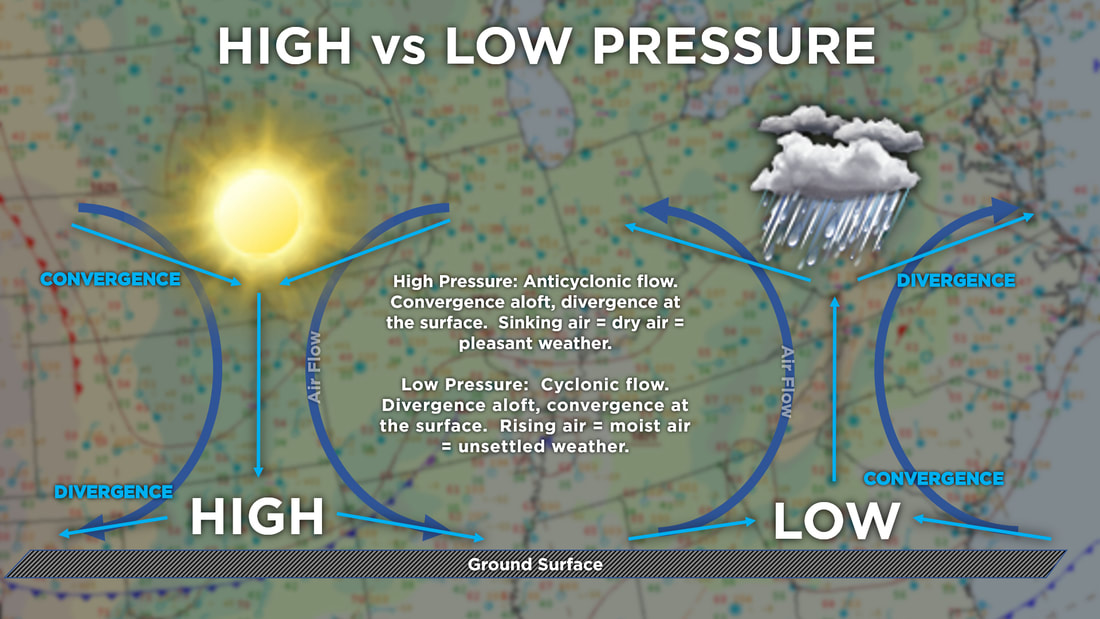 A weather front is a boundary separating two masses of air of different densities, and is the principal cause of meteorological phenomena outside the tropics.

​In surface weather analyses, fronts are depicted using various colored triangles and half-circles, depending on the type of front. 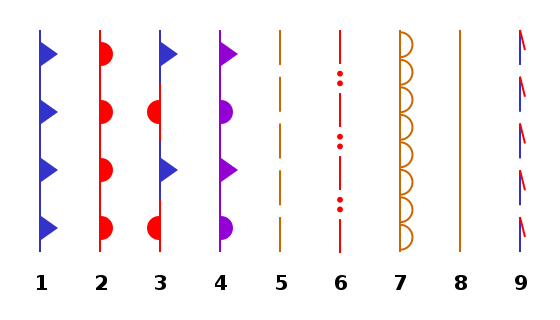 On weather maps, the surface position of the cold front is marked with the symbol of a blue line of triangles pointing in the direction of travel, and it is placed at the leading edge of the cooler air mass.

Cold fronts come in association with a low-pressure area.


WARM FRONT:  Warm fronts are at the leading edge of a warm air mass.   A warm front moves more slowly than the cold front which usually follows because cold air is denser and harder to remove from the Earth's surface.  This also forces temperature differences across warm fronts to be broader in scale.

Clouds ahead of the warm front are mostly stratiform (stratus clouds), and rainfall gradually increases as the front approaches.

Clearing and warming is usually rapid after frontal passage.

If the warm air mass is unstable, thunderstorms may be embedded among the stratiform clouds ahead of the front, and after frontal passage thundershowers may continue.

On weather maps, the surface location of a warm front is marked with a red line of semicircles pointing in the direction of travel.


OCCLUDED FRONT:  An occluded front is formed when a cold front overtakes a warm front, and usually forms around mature low-pressure areas.

The cold and warm fronts curve naturally poleward into the point of occlusion, which is also known as the triple point.

It lies within a sharp trough, but the air mass behind the boundary can be either warm or cold.

A wide variety of weather can be found along an occluded front, with thunderstorms possible, but usually their passage is associated with a drying of the air mass.

Within the occlusion of the front, a circulation of air brings warm air upward and sends drafts of cold air downward, or the other way around, depending on the occlusion the front is experiencing.


STATIONARY FRONT:  A stationary front is a non-moving (or stalled) boundary between two air masses, neither of which is strong enough to replace the other.

They tend to remain essentially in the same area for extended periods of time, usually moving in waves.

There is normally a broad temperature gradient behind the boundary with more widely spaced isotherm packing.

A wide variety of weather can be found along a stationary front, but usually clouds and prolonged precipitation are found there.

Stationary fronts either dissipate after several days or devolve into "shear lines," but they can transform into a cold or warm front if conditions aloft change.

Stationary fronts are marked on weather maps with alternating red half-circles and blue spikes pointing in opposite directions, indicating no significant movement.

When stationary fronts become smaller in scale, degenerating to a narrow zone where wind direction changes significantly over a relatively short distance, they become known as "shear lines."

A shear line is depicted as a line of red dots and dashes.  Stationary fronts may bring snow or rain for a long period of time.


DRY LINE:  A similar phenomenon to a weather front is the DRY LINE, which is the boundary between air masses with significant moisture differences.

In the vicinity of the reversal aloft, severe weather is possible, especially when a triple point is formed with a cold front.

A weaker form of the dry line seen more commonly is the "lee trough," which displays weaker differences in moisture.

When moisture pools along the boundary during the warm season, it can be the focus of diurnal (daytime) thunderstorms.

The dry line may occur anywhere on earth in regions intermediate between desert areas and warm seas.

The southern plains west of the Mississippi River in the United States are a particularly favored location.

The dry line normally moves eastward during the day and westward at night.

A dry line is depicted on National Weather Service surface analyses as an orange line with scallops facing into the moist sector.

Sometimes the region between two high pressure centers may assume the character of a trough when there is a detectable wind shift noted at the surface. In the absence of a wind shift, the region is designated a col, akin to a geographic saddle between two mountain peaks.

If a trough forms in the mid-latitudes, a temperature difference between two sides of the trough usually exists in the form of a weather front. A weather front is usually less convective than a trough in the tropics or subtropics (such as a tropical wave). Sometimes collapsed frontal systems will degenerate into troughs.

Convective cells may develop in the vicinity of troughs and give birth to a tropical cyclone.

ISOBAR:  ​Isobars are lines drawn on a map joining places of equal average atmospheric pressure reduced to sea level for a specified period of time. In meteorology, the barometric pressures shown are reduced to sea level, not the surface pressures at the map locations. The distribution of isobars is closely related to the magnitude and direction of the wind field, and can be used to predict future weather patterns. Isobars are commonly used in television weather reporting.

ISOHYET:  An isohyet is a line joining points of equal rainfall on a map in a given period.

ISOHUME:  An isohume is a line of constant relative humidity.

ISODROSOTHERM:  An isodrosotherm is a line of equal or constant dewpoint.

ISOTACH:  An isotach is a line joining equal points with constant wind speed.